At Angel’s Transmission & Auto Repair, we provide expert transmission overhaul or repair and auto repair services. Contact our shop at (949) 587-9060 or info@angelstransmissions.com. We will get back to you as soon as possible during regular business hours.

What Our Customers Say?

By far the "BEST" auto repair shop in the area!

CHRIS K. | Yelp Review
 5/5
“Angel’s El Toro Transmission is by far the “BEST” auto repair shop in the area! I took my 2013 Ford Escape there to get a 3rd opinion on replacing the transmission after being told by a local Ford dealership and another shop that I needed to replace the transmission at cost a of roughly $4-$5000. The Escape has a reputation for transmission problems so I thought for sure it needed a new one but was hoping to get a lower quote. Boy, I was shocked. I dropped it off at 7am and was told it would be noon before they could get a chance to check it out. So I called at 12 and they told me “they haven’t had a chance to look at it”. They promised to call back asap. Two hours later they called and immeditaely I braced myself for the news. The first thing they said was “we took your car on 10-12 mile test drive and we believe that your car is low on transmission fluid”. I said what, nobody take a car on a test drive of 10-12 miles, right? They said “yes, we feel its low on fluid”.”

Angel's is not just for transmissions - they do just about any auto repair!

PAUL S. | Yelp Review
 5/5
“I started using Angel’s when my 2007 Infiniti M35 started making a growling noise when driving. I took it to an Infiniti dealer and they diagnosed the problem as a faulty air conditioner compressor which they were happy to replace for nearly $2000. Since the noise seemed to me to be related to the speed of the car and not the engine RPM I was skeptical. I took it to Angel’s for Mike’s mechanics to take a look at it and within 10 minutes Mike told me that they believed the noise was caused by worn front wheel bearings. They charged me much less than half what the Infiniti dealer would have charged for a repair that wouldn’t have solved the problem. The car is so quiet now and runs and rides like new. This is a very honest shop that has earned my trust and I now take all of my autos there for everything.”

Angel’s offered a free diagnostic and discoverd a bad sensor! 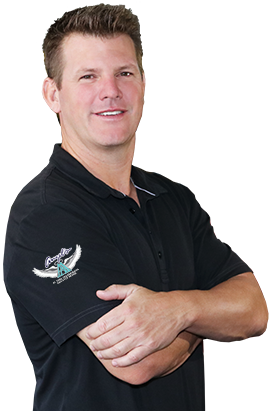